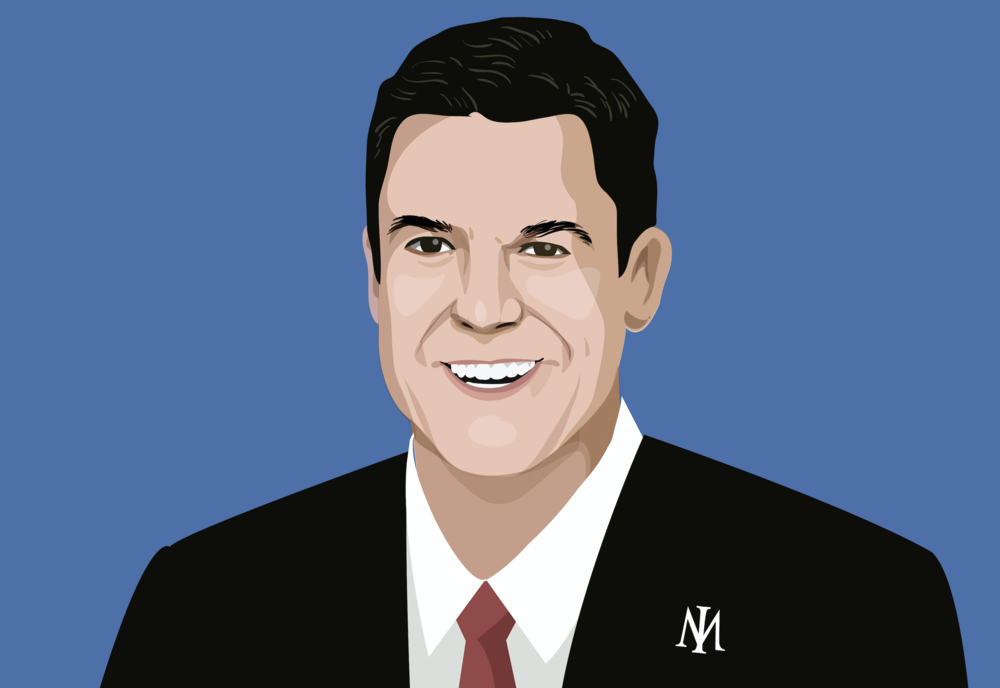 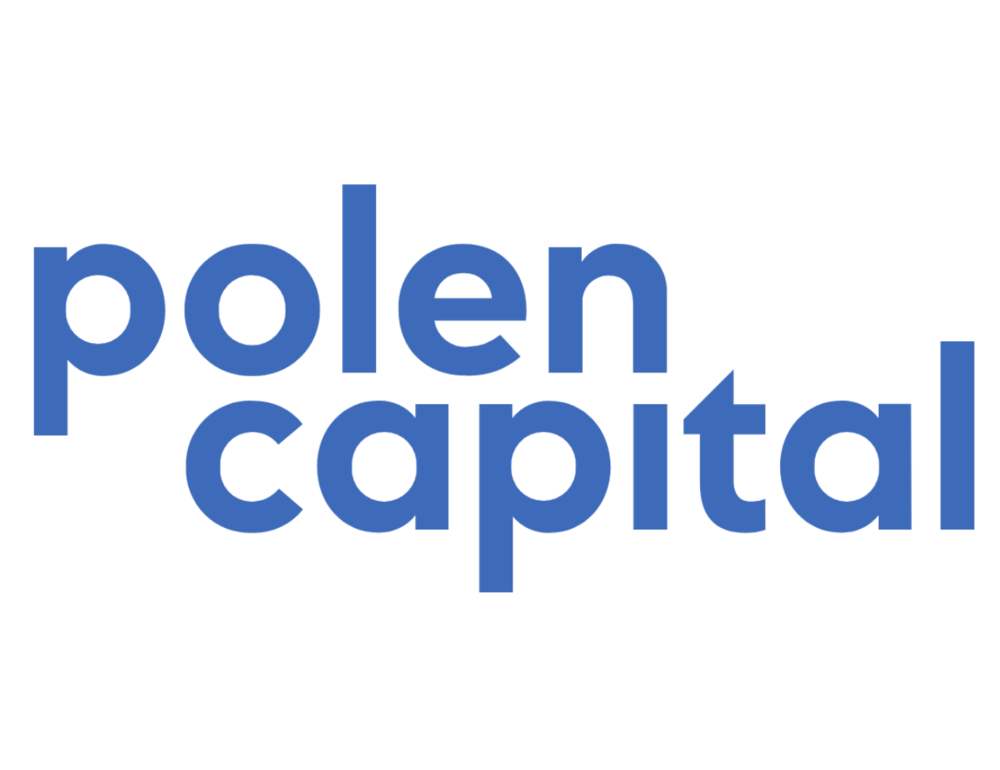 One of the keys to sound investing is having the right information. Its everywhere around us; we just need to know where to look. One of my preferred methods for finding new facts and for learning is to listen to podcasts and you can’t go past Columbia Business School’s Podcast series: ‘Value Investing with Legends.’

I enjoyed their recent interview with Polen Capital’s Dan Davidowitz and Jeff Mueller. Polen Capital’s track record of outperformance over three decades stems from their ownership of high quality businesses. I’d put them in the class of investor with the likes of Chuck Akre, Nick Train, Terry Smith, Francois Rochon, Paul Black and Nicholas Sleep, who’ve earned their returns from the compounding power of the underlying businesses they’ve chosen to own. These ‘compounding machines’ are often large well-known businesses, each with enduring competitive advantages that support high returns on capital, defying capitalism’s reversion to the mean. Rather than focus on buying cheap and selling higher, these successful investors ride the exponential curve these great companies create. While these stocks may not appear optically cheap, it’s the power of compounding that can render them structurally undervalued for long periods of time.

The podcast reminded me of some useful mental models that only surface from time to time, some of my favourites were the need for a long runway for growth, ‘Culture’ as a competitive advantage, the concept of ‘Attacking the Moat’, and the lollapalooza effect of many competitive advantages working together.

I’ve included some notes below:

The second takeaway, is that P/E multiples that are optically expensive are often very cheap prices for compounders. No matter how many decimal places you go out to in excel, you’re not going to find critical judgement in a spreadsheet. So a clear understanding of a compounders’ sources of competitive advantage is critical for owning one for long periods of time. You have to have a competitive advantage and that has to be rock solid. It has to exist and be sustainable.

Oftentimes for compounders you need low total addressable market penetration, ideally in a very large total addressable market and even more ideally, in one that is growing. This is often an enabler of reinvesting free cash flow at high incremental returns on each dollar invested. The very act of redeploying this capital back in the business at higher returns not only enables the compounding but it also serves to improve, expand and extend the business’ competitive advantages if allocated properly.” Jeff Mueller

“Structurally with the market, it’s very rare that even the third year of earnings is priced into these business [compounders] let alone the fifth, seventh or tenth year. When you find these companies with real durability that can compound for long period of time, the optically high multiple, when in hindsight that was a smoking deal five years ago” Jeff Mueller

“What does ‘value’ mean today? It doesn’t necessarily mean low PE or low price to book. That style of investing is increasingly difficult because it’s easier to arbitrage away. It’s easier in a modern age of technology and speed of networks and information to find big outliers before they become really big outliers. I think that’s why you’re finding less opportunity in the so-called cheap, deep value places and where you are seeing them is usually in structurally challenged industries.

Our definition of ‘value investing’ is not just finding companies at a discount to intrinsic value but a permanence to their business and a margin of safety much more tied to the strength of their financials, and a massive competitive advantage and some big secular tailwind usually being created by the company itself that is driving them over the long term.

The market has a hard time discounting properly great growth companies. They have a really hard time putting a near term PE multiple on a company that can grow earnings at 15-20% for ten, fifteen, twenty years. So we find those companies to be structurally undervalued a lot of the time even though their near term multiples look relatively high.” Jeff Mueller

“Using the term ‘value investing’ became a loaded term a long time ago. If you ask me, I’m not a value investor, I’m a growth investor. But it doesn’t really matter. They are two sides of the same coin. We are all searching for the same thing – people want to buy companies at a discount to their intrinsic value and benefit from the growth in that intrinsic value. I think there are plenty of opportunities. We invest in some of the biggest most well-followed companies in the most efficient market in the world. If we can do it, I can imagine there are other people. We are not the brightest people on the planet.” Dan Davidowitz

“The industry is structurally built for the short term. How many people are engaged every day are ‘calling the quarter?’ We are playing a different game. We have a five year time horizon and beyond.” Jeff Mueller

“The first thing we do is really take our time. Our average holding period is a little over five years. This gives you plenty of time to do the research and do diligence on all the companies that might be in the on-deck circle. In 2015, we worked on Adobe for 15 months. Taking your time is critical in assessing the sustainability of competitive advantages.”

“Competitive advantages come in many forms. There are network effects; Facebook is a terrific example. I would say culture is a competitive advantage that a lot of people would probably take issue with me mentioning because it can’t be measured. But you look at O’Reilly or Rawlins – phenomenal cultures. Intellectual property, like Align Technology, or biotech companies like Allergan. Switching costs can be a competitive advantage; Microsoft 365 or Oracle. It’s been said switching off Oracle is like dental surgery without anesthesia. Economies of Scale and Monopolies and Brands are other examples. Business Model Innovation like Vail resorts. They come in many forms.” Jeff Mueller

“There’s this song by Blink 182 called ‘All the Small Things’. For some reason when I think about competitive advantages it pops into my head. The best compounders I’ve studied and the best ones we’ve invested in don’t just have one competitive advantage where you point to it and say ‘yep, that’s it’. They usually have built this mosaic pulling from almost all the competitive advantages; they have networks, and a great culture, and a safe or aspirational brand and also economies of scale. When you get a lot of these working in the same direction it makes the companies almost impossible to really compete with out in the market place.” Jeff Mueller

“We’re trying to do it the easiest possible way. We’re not looking to discover the undiscovered gem. We are looking for very very obvious competitive advantages. They are no secrets. You’re going to know most of those companies [we own]. They are well covered. Yet still, there’s great opportunities in those companies. We are looking to get the compounding of earnings growth and hopefully the returns in the easiest possible way with the most advantaged companies. It sounds a little too good to be true you can do it that way, but we’ve been doing it for thirty years and it’s still there”. Dan Davidowitz

“We’ve only owned 123 companies in 31 years and that includes the 21 we own today. The compounding is really what drive the returns. You align yourself with 20 or 25 great companies that can compound for not just years but decades oftentimes and they do the hard work for you. You can sit back and spend your time getting to know the companies. We’re getting the same information as everybody else. We are usually asking much longer term questions as we want to understand long term strategy. We don’t care about this quarter or next quarters earnings. We care about where the company is going over the long term.” Jeff Mueller

“You cannot invest in businesses that go very wrong. You need to stay in the game and compound; that is the name of the game. That’s why we try to keep things relatively simple and straightforward and respect our guardrails. The compounding is not that hard as long a you don’t do anything stupid.” Dan Davidowitz

“There is a theory you can’t truly know the moat or barriers to entry exist until that moat is attacked and the attack is repelled. The bigger and more well-capitalised the attacker the better. I think of capitalism like nature, it’s just a brutal place; these attacks are happening all the time. This isn’t a concept that has any absolutism but I do think it is a useful tool. When these things happen there is something probably there. We don’t have any blackboxes at Polen. You can open up the Financial Times and see that there is a large company attacking a company or partnering with a company to attack a company and investigate it, ask Why?” Jeff Mueller

“Which guard rail is the most important? There is a lot of simplicity around our five guard rails. ROE of 20% or greater sustained is a real signal there is something special going on. You know mathematically you could add leverage and really juice the ROE, so the fact the majority of our companies are in a net cash position and also have sustainable ROE of 20% or greater is a pretty special group of companies. Munger said the number one rule of fishing is ‘fish where the fish are’. These guard rails take us down to the pond we like to fish in. In difficult times like this, not only can our companies go on the defensive, but a lot of their competitors are twisting and turning trying to avoid debt covenants in a credit stressed environment. So by widening the gap, they are even more advantaged relative to people who have become less disciplined with their balance sheets.” Jeff Mueller

“I think about the world in pretty simple terms. The one thing that hasn’t changed is that behind a lot of the movements in markets are humans and human behaviour. That is important to know because you can take advantage of opportunities when human behaviour drives companies valuations to places they shouldn’t go either on the upside or downside.”

“Things change in the real world. Competitive advantages change, the way humans behave changes. It requires good thought and pragmatic thought to figure out which companies are going to benefit. You don’t need to find 1,000’s of good ideas. A handful is all you have to find.” Dan Davidowitz

There are some critical mental models in this; things to look for when you’re searching for those great businesses. Polen’s Guardrails such as a sustainable ROE of >20% and a strong balance sheet, taking a long term view when looking at a company’s future earnings rather than those to be found in the next quarter, and a business having a host of competitive advantages rather than just one. Even more interesting, a large number of the underlying success factors described by Polen can’t be found in a spreadsheet: Culture, Human Behaviour, Critical Thought and Judgement, and Humility are some good examples of those.

Oh, and when searching for and assessing high quality businesses they like to keep it simple. Like Munger has said: ‘the number one rule of fishing is ‘fish where the fish are’.

Note: This post is for educational purposes only. I have no relationship with Polen Capital or Columbia Business School.